Self-managed organizations (those without a management middlemen layer and hierarchy) have to overcome a lot of hurdles when it comes to governance. For example, on one side, the direction of the organization cannot be dictated top-down by management and on the other side nobody can push responsibility up and “just do what they are told”.

These hurdles, Frederic Laloux, author of “Reinventing Organizations” suggests, exist mainly because traditional management practices and traditionally managed organizations are so prevalent that we have a lack of examples to follow. In other words, we might have never seen better! Moreover, there have been years and years of organizational research and practice on hierarchical structures (think both about an old-age tribe with a clear, visible head and also a large corporation with a twitter rant-prone CEO).

On top of that, we have new models of governance arising within blockchain structures or enabled by blockchain solutions (here’s a pretty good article that touches on some of the key points), although there is not so much literature on specifically non-hierarchical, egalitarian structures.

While there are great companies pushing the envelope in both blockchain governance and self-management, it’s time for us to investigate, explore and document different forms of non-hierarchical governance for organizations. Giveth’s Governance Circle, and particularly Loie, whose goal is to foster governance experiments, is launching the Unicorn DAC on that regard. Lorelei devoted countless hours to ideate, iterate and bring to life this project with the rest of the Unicorns… and this is the result.

Stepping up the game#

Operationally, Giveth works much like a swarm. Around a strong core of main contributors, collaborators that are aligned with the purpose of Giveth come and go and offer their time, ideas and work. Some of these collaborators do one assignment and leave and others stay collaborating on the periphery but for the longest time. They are rewarded through a mechanism called RewardDAO, with which everyone can get points that then can be exchanged for ether if they upload a video on our Wall of Fame or to the DApp itself.

But these points are awarded somewhat arbitrarily and there’s a limited amount of monthly ether that goes to fund these rewards. Hence, the amount that collaborators receive in ether can vary depending on other people’s contributions and points. We think it’s a great introductory system for getting into the Giveth Galaxy, but might not be ideal as a fully decentralized non-hierarchical governance model. In fact, it’s not really a complete governance model, as it doesn’t necessarily steer Giveth’s big decisions, but our experience tells us that it does motivate people to take initiative, talk to the most committed contributors and suggest new projects and initiatives.

Put your money where your purpose is#

To be clear, governance in self-managed organizations boils down to who decides — and how it is decided — what the organization dedicates its resources to?

So in the case of Giveth, the question was: How could we empower everyone that is fully committed to Giveth to decide what actions and what strategic direction should the organization take? And even further, could we do that in a way that we leverage our own products, i.e. the Giveth DApp? -we do like our #dogfooding!

Well, the Giveth DApp allows Makers to create DACs, Campaigns and Milestones, and Givers to fund whatever change they want to see realized in the world. Could we not create a DAC that Unicorns can use to propose projects through Milestones, and other Unicorns can fund them if they think they are aligned with Giveth’s purpose? We would distribute money to our Unicorns — this group of core contributors — and they could fund any Milestone they wanted.

What better way to steer an organization than by democratizing both the access to resources and the power to propose actions and then let everyone actually put resources where the Giveth purpose lies the strongest?

Sometimes Unicorns will decide to fund already existing Milestones, and sometimes they will create a new bounty. This gives everyone the power to suggest a project, give it a price tag, and if the funding target gets reached, empower and pay this person to make it happen. If it doesn’t get funded, it would mean that the project was possibly not so aligned with the general feeling and purpose anyway.

a) Lorelei is often frustrated by the lack of sharing info in the Ethereum community. Everybody seems to be having the same conversations but no one is hearing each other. When she hears about Tennagraph, the community signaling aggregator to answer just this need, she becomes very passionate about it and decides to use her Unicorn DAC delegation allowance to fund Deam to go to Web3 Summit and raise awareness and adoption for Tennagraph!

b) Lanski has identified a feature for our DApp that a bunch of Makers would like to have in the platform. It might not seem it’s a priority from a technical point of view, but as a matter of fact, all the feedback that he is receiving from the users mentions that particular need. He assesses the cost with the DApp team and creates a Milestone where they (the DApp team) are the beneficiary. The work, though, is too expensive and he cannot pay it on his own, but Lorelei realizes how important the feature is and funds the Milestone too so the DApp team can go ahead and build it to claim the Milestone.

Example of an unsuccessful proposal:

Lanski wants to make stickers of Giveth’s logo to stick all over the world — for marketing purposes. Everyone has got some stickers left from the last batch, but not enough to cover half of the world with them, so he wants to make MORE. But the general consensus is that we are publicizing well and doing the right outreach in the circles that we want to attract at this stage, so nobody actually funds the Milestone. Sorry Lanski, maybe later when we decide to do a publicity campaign for the general public!

Ins and outs of the Unicorn DAC#

This Governance experiment is precisely that, an experiment. And the initial parameters are sort of arbitrarily defined and will be polished as we go along.

MVPing our way through it#

We are ready to try the Unicorn DAC and carve our own way in decentralized governance practices. As the experiment that it is, we do expect some issues to come up, and we have already identified a few:

The Unicorn DAC was presented during DevCon4 at the Aragon Dream DAO contest… and it won the runner-up prize! 250 ANT + 250 DAI for making it a reality! Aragon and Giveth (and the Unicorn DAC in particular) share the basic principles of decentralization and non-hierarchicality. We see Aragon as the perfect tool to facilitate and enable this governance experiment.

Have a look at Lorelei pitching at minute 58:15 below!

It is worth reproducing a conversation I had with Lorelei on the reason to spend money and effort trying to devise and implement untested ways of governance:

“Is it appropriate to answer this question with a meme? 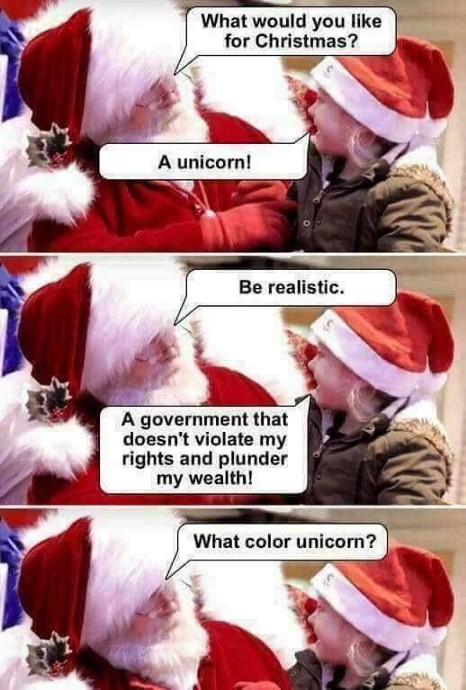 Ha, but in all seriousness, the Unicorn DAC takes these decentralization experiments within. Any good mission reaches as far out into the world as it does into its creator, which in this case is us, the Ethereum community. We can yab about decentralization of power all day while at home we still have one or a privileged few making the influential calls on how money is spent, and this DAC offers a solution to that.”

We are launching this experiment to change how the world looks at self-management. We believe there are more human ways to interact and organize than the rigid, sometimes alienating structures of today.

Come join our dialog in our Riot or share your ideas below — they will be read and discussed! Participate and join us in the revolution of management!

The Giveth DAC — the community working on the DApp and many other projects — is funded through our Donation Application. We ourselves depend on you, on Givers: the people out there who believe a tool like this should be a reality, individuals who want to help us to make the World a Better Place. If you want to be one of our favorite Unicorns, go to donate.giveth.io and claim your space on our leaderboard, donate directly in the DApp (right here) or come talk to Griff or Kris on Riot, and tell us how you’d like to contribute. ❤