We are pleased to announce the official full release of Giveth TRACE — a platform for traceable, accountable, effective donations powered by blockchain technology.

In the early stages of Giveth, we set out to demystify philanthropic contributions to nonprofits by empowering Givers with the ability to see where and how their donations are being used. We released our MVP DApp in 2018 to be beta tested by the Giveth Galaxy, but faced huge obstacles. Scope creep, maintenance of a complex system, and an overly complicated user experience prevented a quick release, and then we simply ran out of funding. We were close to “calling it quits” on our original DApp in favour of a simpler, user-friendly version that we would design from scratch.

Fortunately for Givers everywhere, our all-star devs refused to give up. We assembled a team around the DApp and worked tirelessly for months on stabilization and beautification. With our hearts full of joy and our hats in our hands, we are proud to finally come out of beta and release TRACE to the world.

Giveth TRACE is no longer a wistful dream of something that could have been — it’s a reality!​ 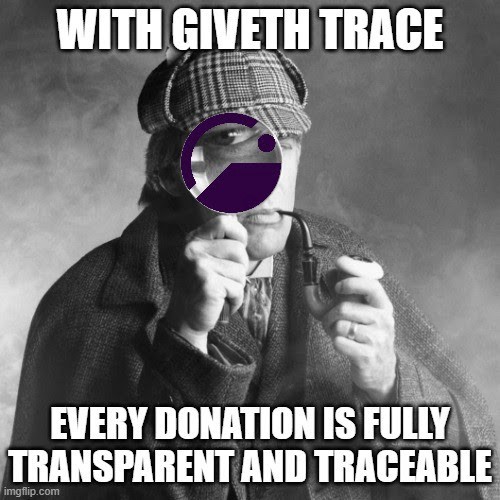 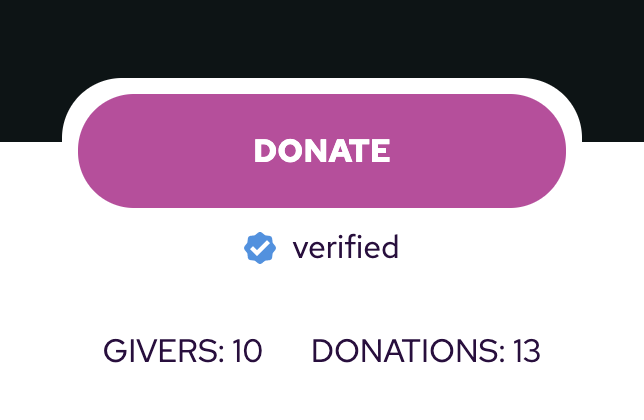 Givers using TRACE know that their donations are going to top-quality legitimate projects thanks to our project verification system. In order to add a project as a Campaign on Giveth TRACE, a Maker must first add their project to giveth.io and apply to become verified. Currently this process is informal, but soon it will be integrated into the project flow. For now, if you want to verify your project, fill out this typeform and reach out in the #project-onboarding channel on our Discord.

Traces are the only way for donations to leave Giveth TRACE. Every project on the platform will have to explain how they are using the donations before collecting them.

This way, the Campaigns are held accountable to the Givers and the Givers can see their donations in action!​

Not sure which Campaign to donate to? Giveth TRACE also offers “Communities”, which represent people and projects united by common goals and initiatives. When you donate to a Community, you are donating to a cause that you believe in! Communities can delegate donations to Campaigns or to specific Traces, and each time donations are delegated, the Giver can choose to veto the movement.

In this way, Giveth TRACE builds on blockchain technology with an added layer of donor empowerment that has never before been possible. Givers don’t have to trust that their donations are flowing to projects they believe in, they can actively ensure it. 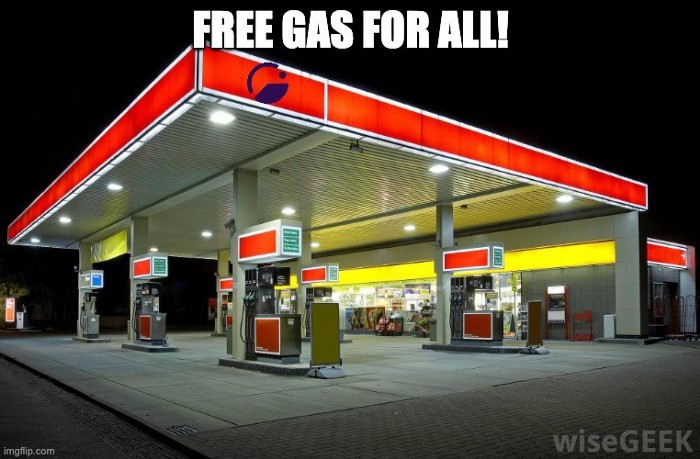 On Giveth TRACE, Giveth pays the gas fees so projects don’t have to!​

Giveth TRACE makes use of two networks in order to address security and scalability issues. Our use of Rinkeby testnet makes it free to perform basic site interactions, such as creating a Trace, managing donations, or updating a profile. However, in order to collect or disburse donations from a Trace, Ethereum gas fees must still be paid to get the donations to the final recipient on mainnet. We are excited to financially support each project on Giveth TRACE while also protecting them from the difficult user experience and the complications of the Ethereum network, so we cover their gas costs!

You can see the total gas Giveth paid for each Campaign, Trace or Individual on TRACE — and can even share it with your friends.

Our mission at Giveth is to bridge the non-profit and blockchain worlds, connecting people, ideas and resources with free, open source decentralized applications. The launch of Giveth TRACE and its ability to offer unique transparency, traceability, customization, empowerment and accountability is a major milestone in Building the Future of Giving!

So what are you waiting for? Head over to Giveth TRACE, try it out for yourself and let us know what you think!

Want to get more involved?