Wow, what an exciting month it’s been since our last update. The crypto market is hitting all-time highs across the board, there’s no better time to spread the joy and make some donations to projects that are working hard to make positive changes. 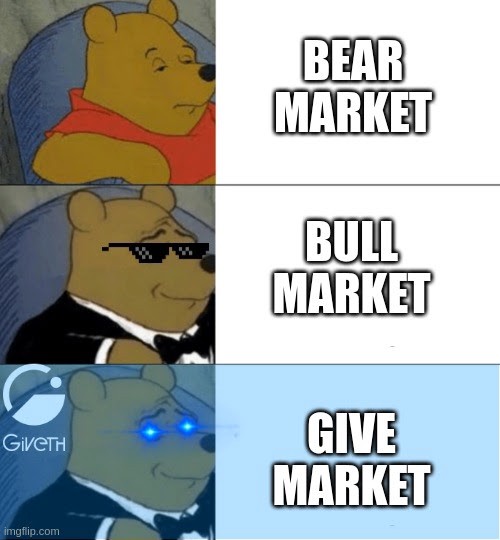 We’ve got another fresh batch of five projects that we’re featuring in this fourth edition of the Community Project Spotlight. But first, we’ve got some big news! 1Hive let the cat out of the bag and gave a sneak peek of the GIVeconomy launch. Tune-in to get the insider scoop on some of the details and the UI.

Expect to hear more about the GIVeconomy in the coming weeks ;) Now let’s dive into some awesome projects that are live giveth.io!

We all know plastic is a problem, its impact on the environment cannot be overstated. Untangling our relationship, as humans, with plastic will be one of the great challenges of our time. UPF Coin is a project by Unplastify which, as the name implies, is on a mission to put the brakes on our consumption of plastic. Unplastify is based out of Argentina and the USA, and provides a wide range of educational and practical activities promoting unplastification.

Their primary area of interest is the crippling effects of plastic waste in our oceans. To that end in 2018 they embarked on an epic oceanic adventure where the team took off on a sailboat named “Fanky” across the Atlantic and back, collecting plastic samples and researching impacts and alternatives to plastic. Their voyage took them from the ports of New York City all the way to Corsica and back across the pond to Buenos Aires, Argentina. You can check out more of the work unplastify does on their website.

The UPF Coin project introduces the powerful realities of blockchain and tokenization to their noble cause. At the heart of this lies a proprietary UPF blockchain which operates on a “proof of unplastify work” to distribute UPF coins. Every coin minted represents one tonne of avoided plastic consumption. Unplastification work done will be human validated by the UPF team. They plan to have a working blockchain and 25 UPF coins emitted by the end of this quarter! That’s 25 tonnes of plastic mitigated. Donations to their project will help them research and fund the deployment of the UPF token economy. Check out UPF Coin on giveth.io and make a donation!

With an ever-increasing emergence of ‘blockchain-for-good’ projects, how can anyone keep up with all these amazing high vibes? Positive Blockchain is building the data-driven solution, having created the database for the blockchain-for-good universe. They maintain an impressive library of philanthropic blockchain project profiles that allow anyone to find projects working on causes they care about.

Positive Blockchain keeps track of the status of each project, whether they are in conception, began development or have already launched. From their Impact Dashboard you can make a wide range of queries and see statistics of what projects are working on. They use the UN’s 17 Sustainable Development Goals as part of the base metrics for querying projects. From the Social Impact Map you can see the distribution of blockchain-for-good projects worldwide.

They are asking for donations to expand their network of partners, maintain their databases and source out professional assistance in their tasks. If an excessive amount of funds are raised they will put them to expanding their network of projects in Africa. Visit the Positive Blockchain website and check out their project on giveth.io to make a donation!

Coming soon to a blockchain near you! …

The decentralization of the film industry stands to be a great boon for artists, producers, actors and viewers alike. The game-changing dynamics of blockchain are pervasive across an expansive list of modern industries. CineFi is introducing a platform to revolutionize funding and revenue streams from film-making.

The CineFi Network begins with artists submitting proposals for films they’re inspired to create. A CineFi token (CINE) will be the medium through which users can interact with proposals and films. Platform users can decide whether or not to invest funds (CINE) into bringing the film proposals into fruition. If the film reaches its funding goal a fractilized NFT is generated which represents proportional rights to creators and investors of the film, guaranteeing a cut of the revenues generated. The platform also allows users to stream or purchase these decentrally financed films with the same CINE tokens.

By this novel system, CineFi effectively allows for real-time community signalling for what films they want to see made. Thanks to Blockchain technology, creators and artists can more transparently navigate the terms on which they share revenues generated from their works. The blockchain becomes the final source of truth for where the fractalized NFTs are distributed, where funding comes from and where revenues go.

According to the CineFi website we can hope to see film proposals rolling in by around mid-2022. Checkout CineFi Network on giveth.io to make a donation!

Access to modern education programmes in rural communities has always proved to be challenging; resources, budgeting and infrastructure all play a role. In Africa, these challenges create troubling disparities between populations. The Good Work Foundation (GWF) is focused on closing this gap and raising the bar. They have created a wide range of educational programmes with a focus on digital literacy. The programmes offered go from primary school students all the way to post-secondary specialized training for adults.

On Giveth, GWF is raising funds particularly for their Open Learning Academy programme, which focuses on young students in rural South Africa. On the project page they mention the staggering statistics they’re grappling with:

“In rural South Africa, of 100 South African children that start school, approximately 60 will reach and write matric (high-school graduation exam), 37 will pass, and 12 will access university. This crippling problem will be even more exacerbated going into 2022.”

The programme intends to reach over 9,000 students from grade 4 to 8 in the municipality of Bushbuckridge in South Africa. The Open Learning Academy allows rural schools to outsource coding, robotics and digital literacy programmes to the GWF learning centre. The programme intends to support existing curriculums, rather than diverge from them, allowing participating children to build relevant skills to continue their education. You can learn more about GWF and their other programmes on their website. Be sure to check out their project on giveth.io and make a donation to support rural African education!

The Decentralized Autonomous Organization (DAO), as a concept, is reforging the archaic methods of how we organize and govern as humans. DAOs represent not just a technological blockchain breakthrough, but also a cultural force to be reckoned with. DAOs in effect allow organizations to form organically and continually evolve, leaning on blockchain transparency and computer-aided governance systems. The technology we use to create DAOs is constantly iterating upon itself however we as humans remain as the constant base layer, “Layer 0”.

The DAOist is a DAO (aptly so) that intends to capture this social phenomenon and to incubate resulting ideas, collaboration and cultural practices. This takes form as live and virtual events held around existing events in the Ethereum community. They host conferences where DAO champions can come and share experience and knowledge and to build partnerships with other value-aligned communities.

Their first event was in Paris for EthCC4 in July of 2021. It was a huge success and the people demanded more, so they hosted a second one in Lisbon, in October, of the same year. Their instant success has only proven that there’s a real desire to open up a space for DAOs to share and learn. To that end, they want to create educational spaces, physical and virtual, to empower DAOs. They are also in the process of defining their DAO structure. The DAOist is seeking funds in order to continue to host events and to create a year-round space for DAO enthusiasts to meet, collaborate and learn. Check out their project on giveth.io to make a donation!

That’s a wrap for this one! Five projects shaking things up in our virtual and physical worlds. The digital realms being constructed are only becoming more ground-breaking and people are taking notice. Digital technology, particularly blockchain, is poised to revolutionize a wealth of domains, from education, arts, the environment, to even the fundamentals of how we organize.

Keep your eyes peeled for more details on the next phase of Giveth, it’s going to be BIG! Of course, we’ll have more projects to spotlight soon enough so watch this space.