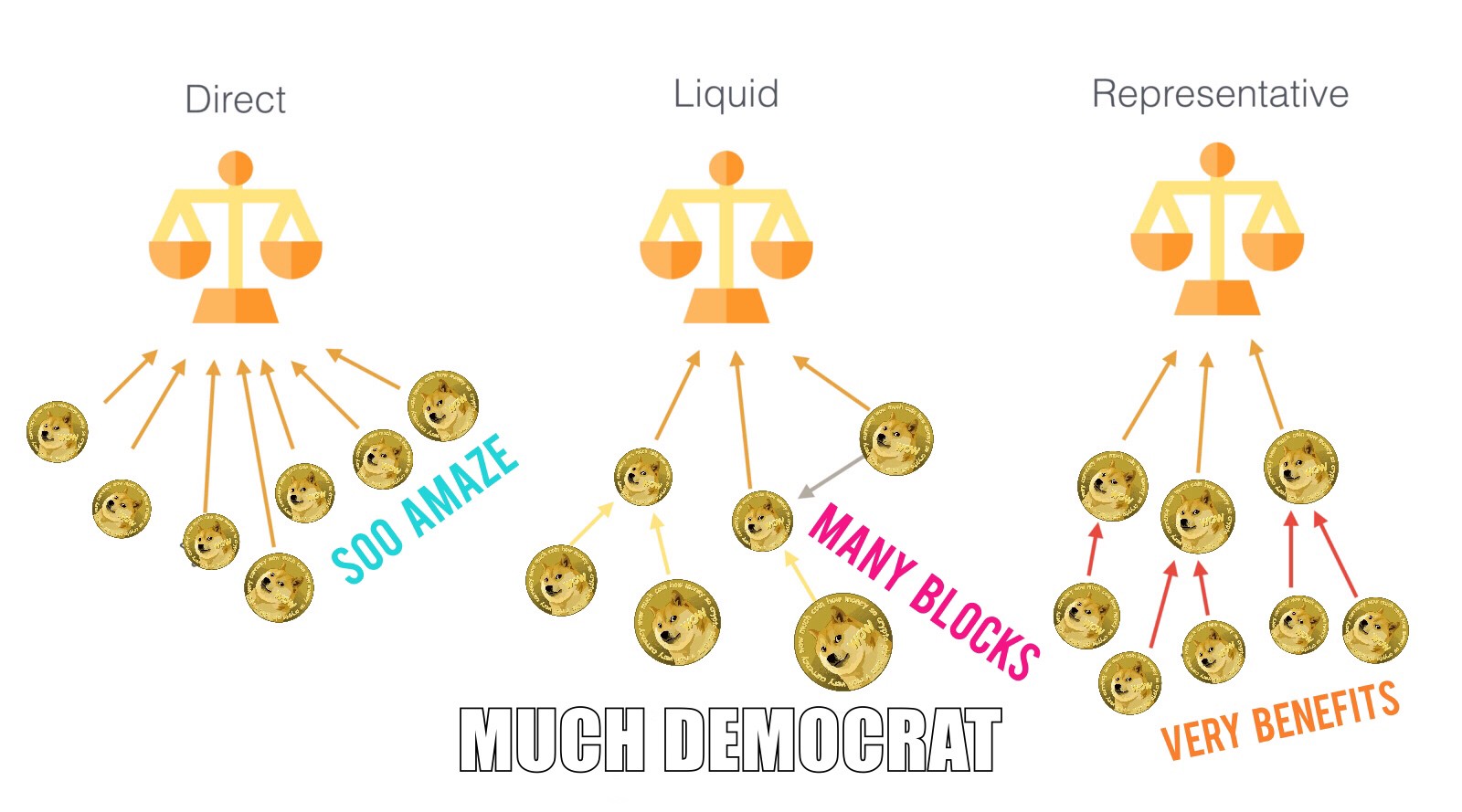 Welcome to the future of voting.

Or as some would say the Land of Possibilities :-)

So what IS liquid democracy?​

In addition to being simply a system of tokenized voting you can think of it as a hybrid between representative and direct democracy.

Instead of one person casting one vote, the system can become fractional. One vote can now be split in any number of ways between multiple delegates or sent entirely to your chosen delegate, and your delegate can delegate to someone else. Much delegation, so democracy.

As an example take a busy college student who just doesn’t have time to vote, she could delegate ½ her vote to her mom and ½ her vote to her professor. If either of them wanted they could allocate a portion of the vote or all of it to a popular politically active persona that acts as a representative for the local community and controls an influential % of the total vote.

Giveth is a perfect playground for implementing liquid democracy

Of course, the reason we’re explaining liquid democracy is because it is one of the core technologies that inspired Giveth’s Liquid Pledging system, and we see it as an important building block for the governance of DACs.

While there is no voting inherent in Giveth’s base layer, there is an opportunity to use a governance system like liquid democracy in the various roles that are filled currently by people such as Delegates or Reviewers. This would mean that that a delegate, instead of being one person, would become a smart contract that has liquid democracy built in so that the donors can elect several delegates to decide which projects get funded (we will likely use a “liquid plutocracy” model, the more you donate the more votes you get).

But wait there’s more, with liquid democracy + blockchain you have the ability to actually codify your vote.

You set the term limits, you can delegate for 20 seconds or 20 years!

Liquid democracy gives everybody the ability to delegate their vote accordingly or even to overstep the position of their representative keeping them accountable for their actions on a day to day spectrum instead of year to year.

No one knows exactly what the future of voting looks like, but with Giveth we can start experimenting with this incredible model while making the world a better place at the same time! Much vast, many possibility, sooo future!

Democracy 3.0 For The Transparent World​

(Updated 11/20 ) Excellent article by Igor Line on the varied benefits of Liquid Democracy.

To find out more about liquid democracy and how you can experiment within Giveth: