It’s time for another batch of great projects from Giveth.io, hand-picked by our contributors. We have six amazing projects to feature in this edition of the community spotlight.

There’s an exciting array of projects waiting below — everything from indigenous culture, to black art, to even the arcane realm of memery. Discover some of the magic on Giveth.io with these projects that are making waves in our physical and digital worlds. Let’s dive in!

is celebrating and spreading indigenous cultures and practices found in the western Brazilian region of Acre. They are creating donation pathways to empower several native tribes, and are propagating holistic practices to restore our connection with the Earth. They currently support four tribal villages in the region:

Each tribe boasts dozens of families living on their ancestral land, which collectively is spread out over hundreds of thousands of hectares of Amazonian rainforest. These peoples steward their land, implementing traditional agroforestry techniques, as well as ply their artisanal craft-making skills. The tribes affiliated with Futuro Nativo also host visitors and workshops to teach their culture to the curious and passionate.

Futuro Nativo has very well defined funding goals which complement each tribe’s unique needs and offerings. Visiting their website, you can see projects range from tree nurseries, educational events, to even creating online stores to distribute their artisanal crafts. Check out their project on Giveth.io to learn more about the projects of each tribe and to make a donation!

carries the banner for open-source software and the free decentralized web. The Handshake Development (HNS) Fund is the community funding the Handshake protocol and affiliated systems. HNS at its core is a system for distributing internet domain names using cryptocurrency technology. The HNS protocol website hits home the need for better domain name distribution framework:

HNS uses a token (aptly named HNS) to register domain names. Using these cryptographic tokens, participants can transfer and update their registered names. By creating a decentralized and accountable system, HNS (by way of its users) can inhibit a centralized actor from scooping up all the domain names. The HNS Fund seeks out donations to keep afloat their open-source tools, such as DNS records, domain registries, and educational content. Find their project on Giveth.io and make a donation to support HNS public goods!

is creating the next generation of African entrepreneurs in Njombe, Tanzania. Njombe Innovation Academy (NIA) is importing the Social Innovation Academy (SINA) educational model which began in Uganda. The premise of SINA is to invite members of marginalized african demographics with passion and ideas to a co-living experience to gain the entrepreneurial skills to make their dreams a reality. SINA has proven to be extremely successful, tackling prevailing African issues around failing education systems and corresponding unemployment rates. Njombe Innovation Academy profoundly lays out their Theory for Change:

“The desired impact (of NIA) is an increased number of social challenges tackled in Njombe by youth-led enterprises with locally available resources. . . . we will bootstrap a self-organised community of youth in Njombe who commonly owns(sic) and manages(sic) resources (material, knowledge, financial, social) to create social enterprises out of challenges . . . “

SINA communities have been spreading around the continent and Uganda is ready, more than ever, for it’s own local SINA node. NIA identifies that local youth unemployment hovers around 10% with more than 40% never completing secondary school. Crippling rates of malnutrition and HIV hamper the societal and economic growth of Njombe.

Njombe Innovation Academy has outlined a clear plan for kick-starting the local SINA community. The first step is to send 3 local youth from Njombe to Uganda to gain insight from the original SINA. Then, with supporting members and facilities, these successful graduates begin to train subsequent cohorts of entrepreneurs. In 2 years they are targeting to put over 50 youth through the local Njombe SINA program and generate nearly a dozen new enterprises as a result. 50% of these participants will be women and a further 15% will be people with disabilities. All participants will come from poverty based backgrounds.

To learn more of NIA milestones, their funding targets and to make a donation, visit their project on Giveth.io. NIA is also partnered with Giveth in Panvala’s Regenerative Commons Coalition, you can view their Panvala listing here.

The 21st century cultural phenomenon of memes has embedded itself firmly in the history of humankind. Meme Manifesto goes deep… deep, down the rabbit hole of memes as an ideological force and as a new medium of communicating complex, nuanced concepts. The project conveys itself as an amorphous transmedia project that will take various forms at various points of its evolution. The Manifesto itself expresses powerful reflections on meme culture:

“. . . we believe memes to be the latest iteration of the one true power that defines us as a species: the faculty to understand, interpret and alter our reality through linguistic and symbolic patterns of meaning. To understand this power means to hold the keys to control the uncertain grounds on which our common social world is constructed.”

On the Meme Manifesto we bsite you can embark on a journey through the meme-sphere beginning from the nascent forms of memery, into the depths of niche cultural references and intricate memeified expressions. Prepare yourself, it’s a long way to the bottom. Donations made to this project will go to the artists who wrote and assembled the meme manifesto and its current representations. Check out Meme Manifesto’s project on Giveth.io to learn more of their philosophy and to make a donation.

Held in downtown Denver, Colorado, The Black Love Mural Festival (BLMF) highlights prevailing issues in black society and the cultural anecdotes held within. It is also a celebration of the artistic talent of local black artists in Denver.

The festival itself was created from the momentum generated by the George Floyd protests with the first one taking place in 2020. In a collaboration between Rob The Art Museum and IRL Art, two local entities that organize community events and art exhibitions, they hosted 93 artists who painted murals all over the city, including around the state capital buildings.

Now their mission is to prepare for future BLMFs and transfer these works into the digital realm. In 2021, largely resulting from the circumstances of the pandemic, new portals are being created to bring the festival to the blockchain. Several dozen artists have had their works minted as NFTs, to be preserved digitally. BLMF strongly believes that blockchain holds the solutions to empower minority groups and artists with the tools for a better future.

Funding received on the BLMF project will go to the volunteer team who not only pay gas in Ethereum to mint NFTs for artists but also continue to educate the BLMF artist community on using blockchain and the Ethereum network. Check out their project on Giveth.io and make a donation to support black art in Denver!

is a North American collective that orchestrates action on environmentally regenerative programs. Utilizing music, culture, and art they have mobilized hands to create and maintain localized nodes of permaculture in over 65 cities for the last 5 years. In more concrete terms, this is executed via Permaculture Action Days; an event which organizes various activities including workshops and discussion panels, often in partnership with local music festivals or cultural events. During the event, participants are channeled to aid in the construction of permaculture infrastructure, such as community gardens, rainwater catchment systems and greenhouses.

The heart of activity during the event is the Permaculture Action Hub. This is the physical place which brings in curious festival attendees to learn a wide variety of subjects, ranging from alternative economies to mushroom cultivation.

Also featured during Action Days are Permaculture Action Courses. These are free, hands-on classes that teach regenerative ecological techniques and socio-economic structures for individuals and communities.

Adapting to the pandemic, the Permaculture Action Network has begun building their next interactive tool: the Just Transition Map. This map will show locations of community spaces and projects that are creating better alternatives to the current extractive economy. This will be a tool for the global environmental justice movement to coordinate and create action. Donations to Permaculture Action Network will help them build the Just Transition Map and to allow the network’s programs to persist through the pandemic. Check out their project on Giveth.io and make a donation to support permaculture education and environmentally regenerative tools.

That’s a wrap on this edition of the community project spotlight: Six unique projects bringing new dimensions of insight and change into the world! Want to get more eyes on your project? Coming soon on Giveth, we’ll be launching a rewards system for donors who contribute to verified projects. Learn more or apply to get verified today. Stay tuned to the Giveth Medium for more project spotlights and updates on what we’re cooking up at the Future of Giving. 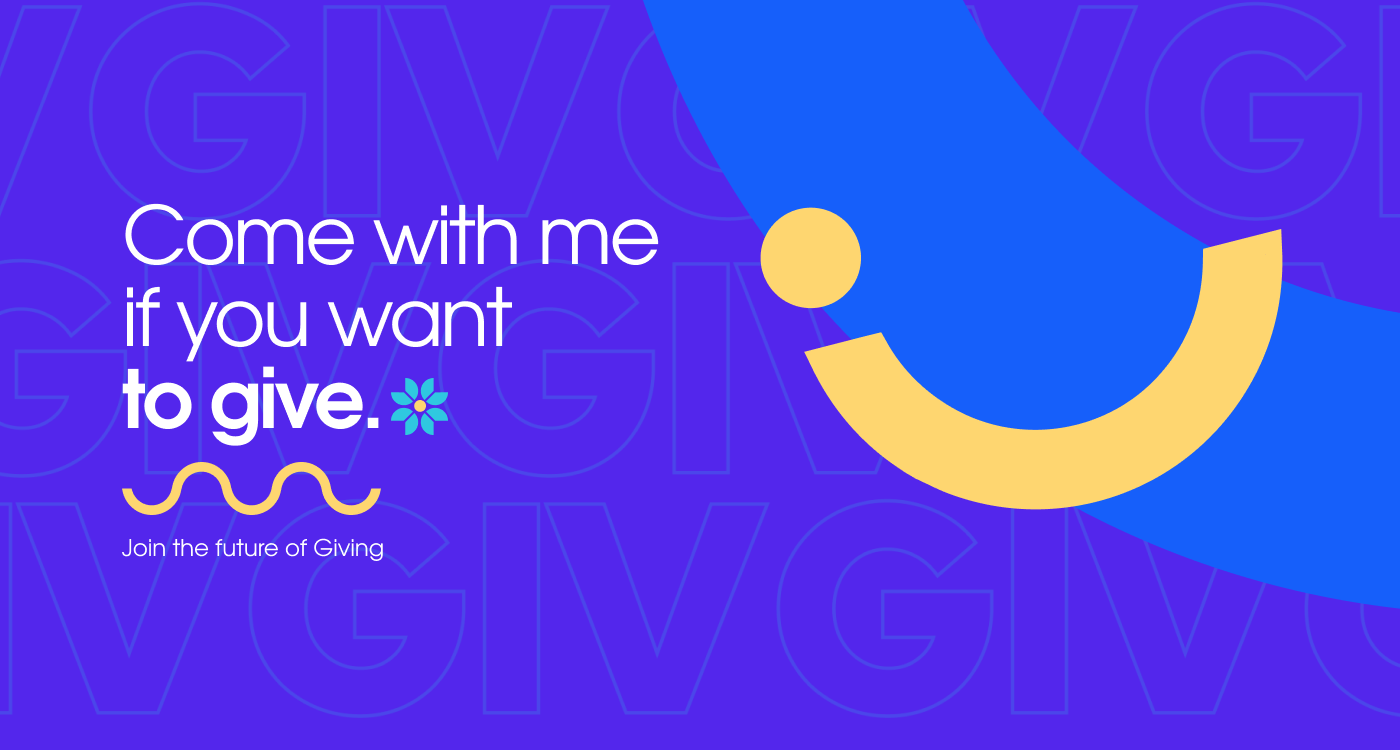