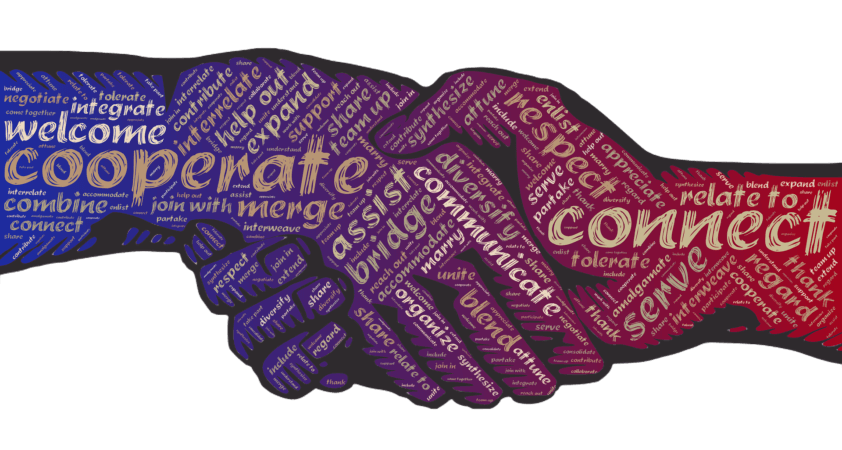 The world is changing at a rapid pace. Gone are the days where you could work 30 years at a company, then get a fancy watch and a golden handshake into retirement. The industrial revolution of the early 1800’s brought more people out of the country and into factories and workshops, attracted by better pay.

And while offices were growing in number back then, it wasn’t until the 20th century that office culture became a mainstream phenomenon. Now with the arrival of the internet and, more recently, blockchain we are seeing another shift in the way people work.

At The Bounties Network and Giveth Social Coding we decided to collaborate on this topic. So we recently posed and posted a question about The Future of Work:

“If you love your employees let them go, to Thailand, to school, to a sabbatical where ever they might choose. The constraints placed on us today in the working economy are unreasonable and completely unconducive to personal growth, truth, happiness and workplace fulfilment.”

Today we’re going to integrate some of the responses from that post to get a better idea of how the future of work may look like.

The company of the future is no longer bound by company walls or even country borders for that matter. Employers are starting to understand that sourcing the best talent at the right price is more important than where they are located. Poster Jose Aguinaga highlights this about his international company:

In our company, we are roughly 15+ employees/designers all over the world. We have people from Mexico City to New Zealand, in Vancouver and Sofia. We started in Switzerland, and have embraced a decentralized workspace from day 1.

The internet ushered in the digital economy and a huge percentage of job postings these days are looking for digital skills. The obvious benefit of this is that you can work remotely just about anywhere you have a computer and a decent internet connection.

Jose goes on to explain, however, that remote working is not for everybody. It requires discipline, flexibility, and a sense of responsibility that may not suit everyone’s personality. Some workers are just not cut out for that kind of independence. To be clear, many jobs still require us to be in the same space. But in the future, we will be able to solve many of the problems that come with trying to cram so many people into big cities.

Working in Tune with Your Own Rhythms

Let’s expand on that a bit. As many of you will know, working a 9–5 job in a major city can be a real headache. With worldwide populations continuing to grow, it’s not unheard of to hear people spend 2–3 hours every day commuting to work. But now many companies are starting to wake up to the fact that many tasks are not time-specific. Do you really need to be in the office at 9 to respond to client emails for an hour?

In addition, employees are not robots (most anyway) and do not function with on/off switches. Every worker is unique and possesses strengths and weaknesses. People produce their best work at various times of the day. User Brad highlighted this in his post with the following words:

It has been repeatedly shown that creative and intelligent minds are more likely to be night owls, and unlikely to stay tied down to one place for long periods of time.

Now whether or not that fits your profile is irrelevant. Some people love the early morning hours and take the afternoon off. Some work perfectly in the 9–5 structure. Others, as Brad suggests, work well into the night when the peace and quiet provide plenty of opportunities to get work done.

To add to that, most workers would agree that one of the most important aspects of a job is a healthy working environment. Happy employees are productive workers. Poster Bount_Hunter highlights this well in his/her post:

If the person you want to do X job for you is happier to be doing it a 8pm -4 am in Malaysia vs 9–5 in chicago their work will always be better. We’ve all worked jobs we HATE (i’m currently doing that now) and you don’t get the best work from people who are working jobs they don’t like.

It should come as no surprise then that decentralized organizations are springing up everywhere. And blockchain is pioneering this effort with projects dedicated to making that kind of a future a reality. Take Aragon for example, a project aimed at breaking down traditional borders and intermediaries.

In the modern world, much of the existing business value is captured by those at the top of the pyramid. It’s a little sad then that many of the people creating that value don’t actually get rewarded for doing so. The workplace of tomorrow will flatten these management structures and allow the value to be distributed more evenly.

Take this very article for example. It was crowd-sourced and funded from contributors around the world using a decentralized application. What could be more empowering than allowing employees to have an active stake and say in the company and process from the get-go?

Closing Thoughts: The Future of Work

It’s sometimes hard to see a change in the future of work since we’ve been following a centralized hierarchical office model for many years now. The only thing we can be certain of is change. Those that embrace it are usually the ones who reap the most rewards in the new economy.

Finally, to highlight the real-life change we are facing as work evolves, let me tell you a little about my own history. I am a South African who is dating a German who lives in the Netherlands. My mother is Italian and I work part-time for an American company. Borders are completely artificial constructions of man. The human spirit doesn’t want to be tied down by the rules of a few men sitting in an office somewhere. The future of work is exciting. The future of work is decentralized.

Are you ready to join us in the distributed work space? Head on over to The Bounties Network and say hello. Or even better, take on a bounty for yourself. We’re not just looking for programmers and computer scientists. We need communication people, project managers, writers, graphic designers, cheerleaders and more!

Dig the concept of crowdsourcing content and/or decentralizing All The Things? Join us in the Social Coding chat) or discover more about the Giveth Galaxy right here!